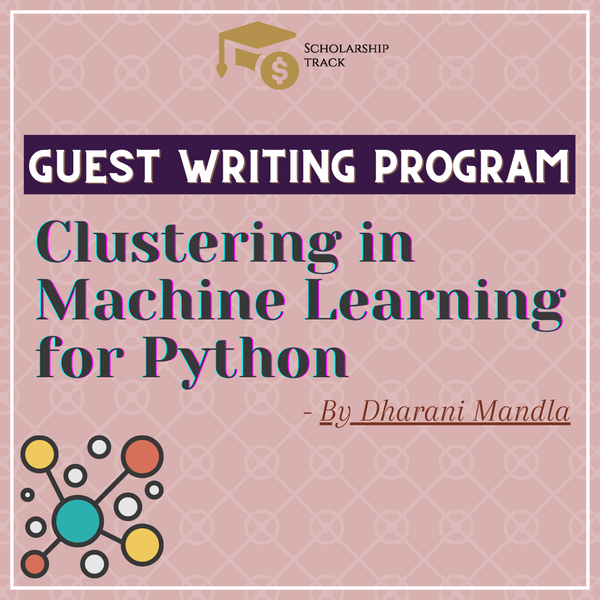 This article briefed the clustering algorithms and their types, followed by examples like K-Means clustering, DBSCAN(Density-Based Spatial Clustering of Applications with Noise), and Mean Shift Algorithms. So last, we have applications of Clustering.

Hey! Am I the only one who likes to watch Netflix and chill on weekends? Certainly not, but have you ever wondered how Netflix and Amazon Prime Videos provide you movie recommendations depending on your taste?

Seemingly, their recommendation system is intelligent. It strives to help us find the best web series or movies to watch with minimal effort by providing a list of trending ones every week or group them according to their popularity and genres like comedy, horror, or thriller.

Well, all these streaming services that offer a wide variety of award-winning television shows, movies, documentaries, etc., use a revolutionary technology known as  – “Machine Learning.”

From the above picture, we can see that the shows or movies are recommended based on our history.

What is Machine Learning?

“Machine Learning is the science of getting computers to learn and act like humans do, and improve their learning over time in autonomous fashion, by feed

ing them data and information in the form of observations and real-world interactions.”

Watch here what Mr. Ankush Singla, Co-Founder of Coding Ninjas has to say.

But in simple terms, machine learning is a revolutionary technology that gives devices the ability to learn from their experiences and improve themself over time.

Now let’s move on to its type.

There are three types of Machine Learning:

Let’s first try to understand what a cluster means. According to ‘Cambridge Dictionary,’ a cluster means – a group of similar things that are close together, sometimes surrounding something.

In simple terms, if we can group objects in our surroundings that share some common traits or say – “Correlated,” it is a cluster for us. Now, think of doing it with the data points from a vast dataset . If we can do the same thing with the data points by finding out some traits or patterns or a correlation, we can create clusters, can’t we? Well, that’s clustering for you guys! Simple, isn’t it?

We can divide clustering broadly into two types:

Before jumping into the technicalities of clustering, let me try to help you understand the idea behind clustering or grouping the objects.

When we say data points are correlated, share the same pattern, or even similar, what do we mean? This is something that we should always ask ourselves. So let me try to make these terms clear to you to relate to them when we use them next time.

We know that shirts can be categorized into multiple subcategories. The most trivial would be casual and formal subcategories. If I ask you to categorize the shirts from a pile into these two categories, I am sure you will be able to do so. Don’t you? Why is it so? We as humans understand that there are some distinct characteristics based on which we can distinguish a shirt into these two subcategories. One of the typical traits or characteristics would be the collar button. There could be numerous traits on which we can differentiate; this is the idea I want to sow in your brains! Now, representing a “data point” for a shirt to carry out such analysis is another discussion covering a separate blog.

In a nutshell, the likeness or correlation among the data points may differ based on the end goals for a given dataset.

Clustering is one of the most frequently utilized forms of unsupervised learning, and we have 100’s of algorithms to categorize the data. But few of them are very popular and are used by most data-driven companies and startups. So let’s have a look at them in detail.

Hierarchical Clustering generally falls into two types(not discussed in detail in this blog):

Ex: The data is from US Twitter users during their elections. We can categorize the data: Reds are Republicans; Blues are Democrats; Blacks are independent. As you can see, Democrats and Republicans are very clearly split from the top, showing the success of this method. We just categorized the data based on people supporting their respective parties.

We have tons of algorithms based on the above models, but in this blog, we will cover three of the famous algorithms. We will also look at their implementation in Python. Using a jupyter notebook to run the code snippets is highly recommended.

K Means Clustering algorithm is an iterative algorithm that aims to find the local maxima in each iteration. We can solve this problem in five steps:

Note: Repeat steps 4,5 until no improvements are possible. We repeat the steps until we reach global optima. A globally optimal solution is a feasible solution with an objective value that is as good or better than all other feasible solutions to the model. When there is no switching of data points between clusters, it is marked as the termination of the algorithm.

The above picture describes how data is segregated while we use the K-Means algorithm. The complete information is grouped into three different groups as they are grouped based on the centroid.

Since we knew that the dataset can be classified into three distinct clusters, we could initialize the k = 3.

The plot is against the sepal width and sepal length. It gives us an insight to the data points as from where they have split and defines the boundaries for every cluster.

We need to note that varying k will result in different numbers of clusters.

DBSCAN is a well-known algorithm for machine learning and data mining. The DBSCAN algorithm can find associations and structures in data that are hard to find manually but can be relevant and helpful in finding patterns and predicting trends.

To choose suitable parameters, we need to understand how they are used and have basic knowledge about the dataset.

We are viewing a scatter plot for the same iris dataset on which we applied the k-means algorithm. Here we see a different picture altogether in terms of the clusters DBSCAN created.

If you play around with the parameters(eps and min_samlples) you get to see something else! It is very important to choose the algorithms depending on the use case and the kind of data we are trying to work upon.

Mean shift is also one of the clustering algorithms which involves finding and adapting centroids based on the density of examples in the feature space. The mean shift algorithm seeks modes or local maxima of density in feature spaces.

When the parrot image is given as an input picture, it is converted into pixel distribution on a 3-D axis.

To implement the Mean shift algorithm, we need only four basic steps:

Comparing the clusters formed upon applying the mean shift algorithm to the initial one, k-means, we see that the clusters have made justice, though it could deduce two clusters. We don’t have the leverage to tweak the number of clusters in the mean shift.

We saw how different clustering algorithms are applied on the same dataset. You would now have an idea of how difficult it could get while choosing the right algorithm for your use case. Diving deep into the data to see what others can’t will lead you in the race!

Clustering is unsupervised machine learning where we group similar elements into a group. It is used for marketing analysis, pattern recognition, etc.

Clustering is a machine learning algorithm that groups all the similar data points into a cluster or groups. Clustering is broadly divided into hard clustering and soft clustering.

This algorithm is an iterative clustering algorithm that aims to find the local maxima in each iteration. It has vast applications like fraud detection, customer segmentation, or marketing analysis.

In this article, we discussed what clustering means, its types, and types of clustering algorithms. Then we had a brief overview of K-Means clustering, DBSCAN, and Mean Shift algorithm. We also discussed each algorithms’ advantages and disadvantages along with the sample code to each one of them.